It’s damn hard to commit to things we fear. Things we’re not sure we can do well.

What if trying is just a huge waste of time, money and energy? What if someone doesn’t like what you write?

I’m not ready yet.

What if no one likes it?

Been there. Done that.

Trying to please everyone is the surest way to please no one. (It’s a cliché for a reason.) And in writing, people pleasing actually makes your words fall flat.

The one mistake writers often make without even knowing it? Censoring themselves for fear someone won’t like what they have to say.

You can’t attract readers or sell books if you don’t mean what you say AND say what you think. (Click to tweet.) People know when you’re holding back.

It’s normal to secretly want the world to adore you and your books. By nature, humans don’t go looking for haters. But trying to be perfect actually makes you dull.

We end up stifling our voice and instead rely on the same tired phrases we – and everyone else – have heard over and over.

Yuck. Try these instead:

What you need is the courage and motivation to throw away the excuses and believe in yourself.

And if you can’t do that on your own, maybe it’s a problem to throw money at. People don’t actually need writing coaches. They don’t need Nikes to run either. But somebody somewhere told us better arch support builds faster runners. And we believe.

The work you put in after you bought the sneakers matters more than the sneakers themselves. But they hold you accountable. They make you feel better, and create a sense of pride in your accomplishments.

Writing coaches are writers’ Nikes. Because, hey, your ankles aren’t the only thing in need of support.

We get you writing faster and more effective first and second drafts in the small amount of time you have. And it’s writing that’s true to you, injected with your personal brand of fuck yeah.

Because letting go of the self-sabotage of perfectionism amps up your writing.

Being who you are makes your words real. People identify with your thoughts and feelings.

Saying what you think without worrying about anyone else’s opinion gives your writing impact – guts and substance, goddammit. And aren’t we all sitting around waiting for someone to tell us the truth? 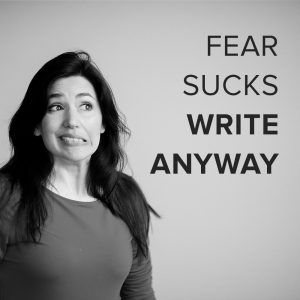 Want to learn more about writing like YOU? I’m polishing a new product that will teach you exactly that. Join our subscriber list (upper right-hand corner) to hear more about it and get a discount when it’s released. I’ll also let you know when the new cell phone app is available. 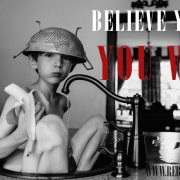 Top three reasons writers give up

Everyone starts somewhere, and it’s never where we want
1 reply

Train your brain to write better
Scroll to top