You train your muscles for strength, endurance and coordination. You can also train your brain to be more creative.

Research proves the brain can build greater creativity with practice. In writing, that means letting go of the tired voice inside that says you can’t do it. Or don’t know what to say. Or might be hungry. Or want to watch TV instead.

It means giving yourself permission to write whatever you want, whenever you want to. And it’s not easy.

If you’ve signed up for Write Raw, you’re already developing the habit of giving yourself permission to say YES to your voice.

That program began when I figured out how to tackle my fear and writer’s block – by accepting whatever I was feeling and writing anyway. I didn’t let my desire to something (anything) else hamper my words bleeding onto the page.

You can cultivate creativity, every day. Study after study shows the key is BEING OPEN TO NEW EXPERIENCES.

Even when it feels weird. Even when you’re afraid. Push your limits. Push through fear. Be open to the jaw-dropping awesomeness you can summon.

Psychologist Art Markman says openness to experience is “the degree to which a person is willing to consider new ideas and opportunities.” Some people love novelty. Some like to stay home.

Either way, as Steve Jobs once said, the bigger your bag of experiences, the more varied the connections you can make between things. And making new connections is what it’s all about.

In this study from Google, neuroscientists explain synapses are the basis of creativity. In other words, synapses firing = creative joy. And the more random the connections, the more synapses occur. (Hat tip to Ash Ambirge for bringing this to my attention.)

“As kids, our synaptic creativity is off the charts. Everything is new. Everything is unlike. We aren’t constrained by the rules about what ‘goes together.’ All the rules of logic, linearity and proper behavior aren’t fully baked, freeing children to develop outrageous and brilliant new notions all the time…”

So, when you return to that childlike state, what do you think happens?

You push your synapses into a veritable carnival of bliss. You get excited. You literally have a buzz. Imagination and creativity hit new peaks.

Need to get out of a writing rut? Play with words.

Write with Katy Perry blaring in the background. (I highly recommend this track.)

Instead of pen to paper, try crayon on birch bark.

By allowing ANYTHING to come out, you amp your ability to create. Being open to new ideas, ways of doing things, perspectives and feelings means you’ll accept the strange, surface nonsensical, non-logical prose too.

And that could very well be sheer brilliance.

Imagine writing about a storm where the sky is hungry.

Or about thoughts as narrow as a daisy stem.

Or even company as comfortable as sweater weather.

Want to learn more about writing like YOU? I’m polishing a new product that will teach you exactly that. Join our subscriber list (upper right-hand corner) to hear more about it and get a discount when it’s released. I’ll also let you know when the new cell phone app is available. 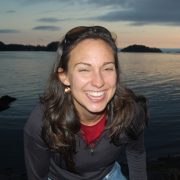 I didn’t say anything
Scroll to top