…pick it up, and all day long, you’ll have good luck.

My grandmother used to say that. I found pennies everywhere after she died. Little cosmic waves.

One of the tools I teach, and use when I’m feeling down or in a bad mood, is to find uplifting videos. Go straight to YouTube and seek athletes performing unbelievable feats or auditions from The Voice or American Idol. Sometimes I’ll watch Leo Messi defy belief with the soccer ball for hours.

Anything that depicts people overcoming odds, pushing through their fear, embracing their own humanity and sharing their gifts is powerful medicine. Your vibe shifts in an instant.

And so it was last winter, when I was depressed and sick and worried, that I found myself on YouTube again looking for something to shake off the cloud. It was about 4 p.m., a dank December afternoon in New Hampshire. I was in the middle Richard and Adam blowing minds with Impossible Dream, when I noticed something on the side of the screen.

YouTube suggested I take a look at something called “Secretariat. Heart of a Champion.”

Heart? Of a champion? I was in.

I dislike horse racing. But I love horses.

I had no idea that a 14 minute and 57 second video would change my life.

Secretariat is, was and always will be the greatest horse to grace this planet. No discussion necessary.

But his owner, Penny Chenery, THAT was a story to latch onto.

A 46-year-old housewife from Colorado saved the family’s Virginia farm, got her father a Derby Winner, and went on to bring the world it’s first Triple Crown Winner in a quarter century – stealing the hearts of the nation while she was at it. A woman in what was very much a man’s world in the late 1960s and early 1970s, doing what she knew was possible – even if no one else could see it.

I stayed up late that night, hopping from video to video, diving deeper and deeper into Secretariat, the circumstances of his birth and life, his picture on the cover of Time, Sports Illustrated and Newsweek.

I watched hours upon hours of ESPN documentaries and race clips. I got lost in the rabbit hole that is Google, soaking up every article, blog post and book title I could find. Every feather of information I could clasp about Penny herself, her upbringing, her character.

Find a Penny, pick it up, and all day long, you’ll have good luck.

I’ve been a mentor and coach for a decade, and a writer my whole life. Many years ago, I decided my legacy was singular: I want my children to say, “My mom showed me what was possible.”

In 2015, I made a million dollars in 7 months running my own business, helping other women help themselves. It grew from there.

But I also suffered from crippling anxiety and imposter syndrome.

Money is an amplifier.

If you have little self-worth, you don’t magically feel better about who you are when you make a lot of money. Instead, you may feel unworthy of what you have received – despite working your ass off for it – and probably certain you’re going to be found out as a fraud.

For me, it was a pervasive feeling that grew stronger and heavier with every dollar I made, every thank you letter I received, every like or comment on Facebook.

On the days when I sank fast, I reminded myself of the legacy I wanted to leave. I wasn’t just doing this for myself. My boys deserved a mother who went for it. Who did not shy away from fear. Who had the conviction that her vision would be brought to life, no matter what.

I’ve known for many years that my purpose is to show women what they are capable of. Full stop. My only job in life to remind them of how powerful they are.

But who do you seek when you forget your ability? When you buy into the lies the mind tells about your worth?

The ones who came before you.

There’s nothing I or you can feel or be part of that someone hasn’t already felt or experienced.

So here’s the process: Find the people your age, with similar circumstances, who did it already. Who decided they were all in? Who set fire to their limits and other people’s rules? Who bought into THEMSELVES?

I’m 45. I want to see women my age doing shit no one can believe.

And there was Penny Chenery.

“…She came into a man’s world and beat the man.” – Charlie Davis, Secretariat’s exercise rider.

Women did things like that? I had no excuses. In fact, it was my responsibility to dig deeper, figure out which bullshit beliefs I was allowing to run my life. Because if I didn’t, I wasn’t going to fulfill my purpose nor leave my children any legacy at all.

Find a Penny, pick it up, and all day long, you’ll have good luck.

I’m an animal lover. I have a farm. I rescue horses from slaughter and have far too many dogs and cats. I can absolutely get behind a woman – any woman – interested in animal welfare and defying odds.

Almost every free moment I’ve had since I first found that fateful video has been dedicated to researching Penny, the horse, the farm, the groom, the exercise rider. I can pretty much repeat verbatim the entire call for the record-breaking 1973 Belmont Stakes race. 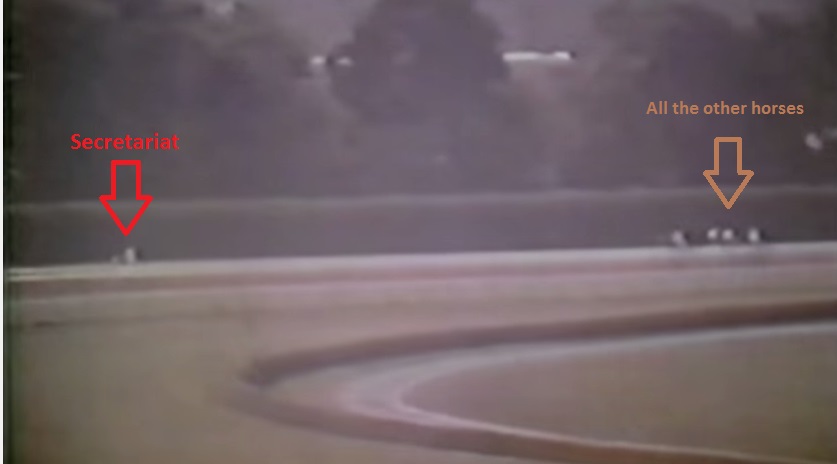 So it was one for the ages. And that marvelous woman in the stands, arms stretched high and waving to the cameras and the fans, took her position as First Lady of racing. There was much, much more Penny would do for the industry and for thoroughbreds during the next 44 years. Too much to recount here.

She died in September last year at 95, less than three months before I learned of her.

Bill Nack, a storyteller and journalist who chronicled Secretariat and Penny’s journey, said it best: “Some things are a long time ending, and for some they may never end at all.”

I believe we are shown exactly what we need at the exact right moment. There are no accidents or coincidences.

I believe we are capable of far more than we ever let ourselves imagine.

I believe something out there in the ether wants you to win at life. And all you have to do is find your Penny. 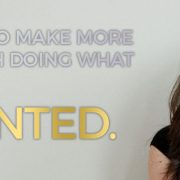 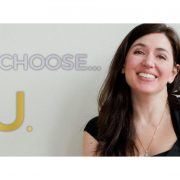 You are your own solution

Fight Club Syndrome: When Your Biz Blows Up Your World

How Networking Brings You Bank

My simplest advice for business success