So last fall, I introduced you to a fellow blogger I admire, not the least because he’s a killer writer. He also happens to know what reporters and agents want (which is helpful when you have a book to launch).

Yeah, Guy Bergstrom. He guest posts here from time to time. But now, he’s hanging out a shingle. Because I asked him to help YOU.

Pitch sheets, blurbs, synopses – the things that make authors tremble, mostly because we don’t know where to start.

Ah, but Guy does. And he’s here to tell you how he can help.

Unless you have a big budget for marketing, earning free ink and airtime is your best way to break through all the noise.

But instead, most people are ignoring “old media” to focus on Twitter, Facebook and blogs, partly because everybody tells them to do it, including publishers, and partly because it’s the trendy new thing to do.

Hear me now and believe me later in the week: spending your time and energy on social networking instead of mass media is an achy breaky big mistakey.

Is earning free ink and airtime easy? No. But it’s definitely worthwhile.

I cashed checks from The New York Times as about.com’s expert on publicity and scandals. Before that, I was an award-winning journalist who graduated No. 1 in my class. In my day job as a speechwriter, I work with reporters and editors all the time.

So I can tell you why 99 percent of the books sent to newsrooms wind up in the recycle barrel.

Here’s the thing that will drive you crazy: it has absolutely nothing to do with the quality of the writing.

Though my silly blog doesn’t have anything about hiring me for freelance work, people randomly ask me and I’ve taken clients.

Editing is insanely fun, and by the time our son is in college, I expect tuition to cost $859,032 a semester. So when Becky asked to partner up and get serious about doing more freelance work, it made sense.

What the hell is a Pitch Sheet?

Ever hear of these? Me neither, until I got an agent. Before you get one, everything is plain text: query, synopsis, manuscript. After you get an agent, they want full color and actual layout and design. It’s like the switch in The Wizard of Oz when Dorothy lands the house on the witch and the world switches from boring black and white to crazy full color.

Editors and reporters want pitch sheets, too. They are far more handy and useful than a press release, which journalists used to get by mail or fax and turn into three-point shots. During especially cold winters, we rolled them up into Presto-Logs, and now that releases get emailed, they simply get deleted. So pitch sheets are smarter.

Note: is there a limit to the number of revisions you can do, even if you’re richer than Bill Gates? Maybe. Seven might be excessive. Seventeen would be entering The Land of Boiled Bunnies.

Back cover blurb and synopsis

Two different animals. But you need both, and it’s a mistake to write these yourself.

Because you know the novel too well and will throw in far, far more detail about nine different characters when the blurb is only six sentences long.

It’s incredibly hard to fix a finished novel – even one with writing so beautiful it makes you cry and puts you in therapy – if there are no hooks that can break through and get free ink and airtime.

Boosting the quality of words doesn’t change the bones, the premise and structure. A cheap paint job can’t turn Ford Focus into a Ferrari.

So let’s talk about how to build a Ferrari in the first place. Because it’s a helluva lot easier to bring a gimpy piece of Italian supercar into the garage for a tune-up than to pretend we can transmogrify a wounded Focus into a sexy machine that’ll hit 200 miles an hour.

And chances are, you wrote a book and want it to sell 5.82 bazillion copies, but you’re also writing a different book while the other one goes through the process.

I’d rather work with you on that second book, the baby, and help build it from the ground up.

3) Outline of the novel (two pages, with major turning points, reversals and revelations)

4) First page of the novel

I have a lot of experience with writing.

We writers need to tear down the impression among many of our peers that having an editor is a sign of weakness. I’ve always had editors, starting out in newspapers, so this aversion to getting red penned wasn’t on my radar until I made friends with a lot of authors.

The thing is first drafts are full of soul, energy and bad judgment. It’s like your first date in high school: exciting, sure, but chances are this is not going to last past Homecoming, much less lead to a 50 year anniversary party. That’s okay. We shouldn’t maintain the myth that the first date should lead to wedding bells and grandkids, or that the first draft will lead to a bestseller which will give Stephen King a heart attack.

Because in the end, it’s not really a competition with other writers. If you want a bigger house and nicer car than your arch-enemy, Peggy the Cozy Mystery Queen, then sell stocks or become a dentist and live it up.

The fun part about writing isn’t banging away on the keyboard twelve hours a day all by yourself. It’s is the journey, the partnership with others, the connection with fellow writers and, yes, readers. That’s the magic.

Guy Bergstrom is a reformed journalist. Now a scribbler of speeches and whatnot. He wrote a thriller that won some award (PNWA 2013). Represented by Jill Marr of the Sandra Dijkstra Literary Agency. 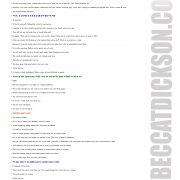 The POSTER – Crap someone should have told you writers by now

The most powerful thing you’re not doing for your business

Crap someone should have told you writers by now

The best writing is yours
Scroll to top