Every day, real stories are in the morning newspaper that make you snort coffee out your nose or choke on a blueberry muffin. Note: This is why journalists call such pieces “muffin chokers.”

Yet the daily weirdness is more than funny. If you dissect these stories, you can learn deep storytelling lessons from the shallow end of the journalism pool.

Here’s a real story that just happened in my state: Man steals RV from Wal-Mart parking lot, leads police on wild chase. Swerves into sleepy little town where he knocks cars into front yards and such, then blasts through a house and crashes. Runs out, strips down to his underwear and invades a home to steal girl clothes. Cops catch him and haul him off.

This is pretty typical of a weird news story, and not simply because it started in the parking lot of a Wal-Mart — and yeah, go ahead, google “Wal-Mart parking lot” and “weird news.”

While you’re at it, google “7-Eleven robbery” and “trailer park ninjas.” It’s a thing, especially in Florida, though in Colorado somebody robbed a 7-Eleven with some kind of Klingon sword, and yeah, the clerk who got robbed knew exactly what to call that sword when the cops took the police report.

Great storytelling comes from the gap between expectation and result. Audiences, like kittehs, love surprises.

Your normal day is not a great story because there’s no gap. It is what you expect, and what your neighbor expects. There’s nothing shocking.

So let’s dissect the RV thief story and the rash of 7-Eleven robberies involving trailer park ninjas, to see why those short little stories pack so much punch. The gaps between expectation and result are all over these stories.

First, it’s a surprise for a criminal to prowl the parking lot of a Wal-Mart, or steal an RV, because as a smart person, you think, “If I were unemployed and desperate, and forced into a life of crime, maybe I’d steal a new Mercedes convertible, something I could sell for real money and drive crazy fast if the police chased me.”

You would not think to yourself, “Let’s go to a Wal-Mart parking lot, full of witnesses, and steal a ginormous RV that (a) could be seen from space, much less a police helicopter, (b) would be crazy hard to sell or hide and (c) is slower and less maneuverable than anything short of a logging truck.”

So there are tremendous gaps there on multiple fronts. You’re surprised again and again.

The same thing is true for trailer park ninjas robbing 7-Elevens in Florida, because smart, normal people think the only time they could imagine dressing up like a ninja is if they were an actual trained ninja, you know, in Japan, knocking off something worthy of their skill and trouble. Say, stealing $30 million in diamonds from a jewelry store in downtown Tokyo, then retiring from a life of crime.

Nobody with working brain cells thinks sure, let’s dress all in black, grab a cheap sword-like object and risk insane amounts of prison time for $186 in the till and a carton of Marlboro Lights.

There are similar gaps in stories like “Two men wounded in gunfight over Wal-Mart parking spot.” True story.

It’s a question of risk vs. reward. Would you risk your life over a parking spot at a bargain store? No, because you’re smart. Who cares? Get a different parking spot. This is like challenging a man to a duel in the alley because he cut in front of you in the line for Taco Bell.

The Darwin Awards are staples of the weird news business for the same giant gap between expectation and result.

A classic example: man tries to get rid of a mouse at his house (yes, it rhymes!) and throws it onto a burning pile of leaves. Mouse, on fire, jumps off the pile and runs under his house … burning it down.

Now, this story may not be true. Doesn’t matter. It lives on, as a fable, because of the huge gap between expectation (mouse dies in fire) and result (even in death, mouse gets revenge on homeowner).

The bigger the gap, the better the story. This is true not only in weird news, but any sort of storytelling: a novel, a play, a movie, whatever.

Another lesson from weird news: The Darwin Awards almost always involve the same elements, just about every time, yet those ingredients get mixed up endless ways and still continue to surprise us. The ingredients for a Darwin Award story are: (a) men, usually in groups, (b) generous amounts of alcohol, (c) firearms, explosives or dangerous wild animals, (d) vehicles and (e) famous last words, quite often, “Watch this.”

It is exceedingly rare to see Darwin Award stories involved women. Maybe because they’re smarter, or because the IQ of a group of men goes down by half every time you add another bro bringing a six-pack of Molson to the “let’s make a flamethrower to roast this nest of yellowjackets nest” party.

So the next time you see a weird story in the news, don’t skip it, even if it’s only three sentences. There is gold to be mined, and lessons learned. It’s no accident that Elmore Leonard, Dave Barry and Carl Hiaasen made a living basically writing about weird news and dumb criminals in Florida.

It’s great storytelling, and always will be.

Guy Bergstrom is a reformed journalist. Now a scribbler of speeches and whatnot. He wrote a thriller that won some award (PNWA 2013). Represented by Jill Marr of the Sandra Dijkstra Literary Agency.

Backstory – how much is too much? Confessions of a Dirty Blonde

What you already have going on 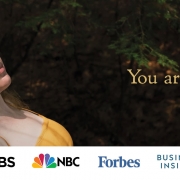 Tarot and How We Use it Today

If you love a writer …

If you want different results, DO THINGS DIFFERENTLY
Scroll to top