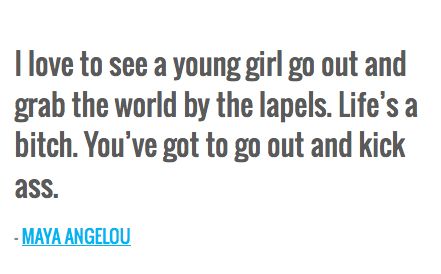 Maya Angelou, a poet laureate with something like 30 honorary doctoral degrees, probably had a wicked bucket list.

In the wake of her death, her name is trending across social media, proving writers and poets alike can be household names. People I didn’t know as readers posted about her today, making me realize how incredible the writing world is.

How many Maya Angelou quotes did you read today?

Writers get to tell their stories, in any way they want. And somebody somewhere halfway across the world reads and connects with their messages.

If writing is on your bucket list, it’s time to put down your fear and pick up a pen. Or laptop. Or a McDonald’s napkin and crayon. It doesn’t really matter how you get it done, as long as you stop lying and ignoring your desire. In the words of an icon:

“Nothing will work unless you do.”

You can sit and think about writing. You can dream about it. Talk about it. But if you don’t work at it, you’re never going to get it done.

Angelou faced an early lifetime of complications and struggles. She worked as a nightclub dancer, cook and stripper before making it as a journalist. Did she use her youth as an excuse to quit chasing dreams? No. She instead taught us that:

“While one may encounter many defeats, one must not be defeated.”

Committing time to your craft is hard. So are the days you don’t feel the words flowing. And everyone has their own circumstances, their own home lives, making their dreams seem impossible. Nobody said writing was easy. Finishing your manuscript, your book of poetry, your first education analysis is possible once you commit to making it happen.

She didn’t make excuses because of her past or problems. Neither should you.

Yes, it’s scary. We all know internet trolls like to leave one star reviews and anonymous comments. Maybe your book doesn’t make the Amazon best sellers list. So what? Is that enough of a reason to stop yourself from pursuing your dream? At the end of the day, would you rather write your book or sit in fear of failure?

One thing is for sure, you’re more of a failure if you do nothing than you are if you do something with results you don’t love. It takes courage to make the leap. Without courage, we cannot chase our dreams. If you don’t trust me, trust Angelou, who prompted and encouraged, outlined and created this post today.

“Courage is the most important of all the virtues because without courage, you can’t practice any other virtue consistently.”

Confessions of a Dirty Blonde :: Four tips for better writing 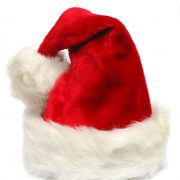 Give your writing a boost this summer
Scroll to top