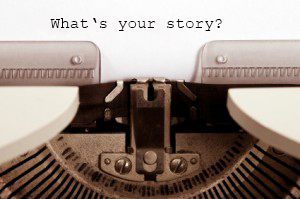 Oh, it kills me to say this: we are doing it backwards.

Maybe you’re the exception to the rule. Perhaps you’re that rare writer who figured this out 10 years ago.

But I doubt it. Most of the writers I know – whether they’re novelists or journalists, speechwriters or screenwriters – go about it roughly the same way.

Step 1) Research, whether it’s six months of intense study or six minutes of looking at Wikipedia and playing Angry Birds “to let it all percolate.”

Step 2) Boil down the research into useful nuggets of meaty goodness.

Step 3) Use their secret recipe of writing methods to cook up their piece (outlining first or winging it, 3 x 5 index cards or spiral notebook, Word 2010 or Scrivener, one draft or six drafts, coffee or bourbon).

Step 4) Hand the draft to our spouse / best friend / cousin Joey to get all coffee-stained and edited.

Step 5) Spend five or fifty minutes thinking about how to present and sell the sucker for SUITCASES STUFFED WITH TWENTIES.

Here’s the thing: We writers are incredibly talented at screwing up Step 5.

Step 5 is the monster lurking under our typewriters. (Yes, I know most of you use computers. Maybe I have a magic typewriter connected to the Series of Tubes.)

It’s the troll under the bridge, snarfing our lunch and saying, “Whatcha gonna do about it, tough guy?”

Now, boiling down a novel clocking in at 100,000 pages is rough. I have author friends who’d rather leap out of a perfectly good airplane, trusting in the bouncy power of their Nike Air Jordans, than write a three-page synopsis. Tagline? Logline? Forgetaboutit.

Doing Step 5 for anything, long or short, is tough.

Tough for screenwriters, who need to boil it down to an elevator pitch.

Tough for editors in newsrooms, who have to write headlines that fit into tiny nooks and corners of the newspaper layout.

Yet nothing else matters if we botch Step 5. Because nobody will see the fruits of our labors, the hard work that went into Steps 1 through 4, if we can’t condense the whole idea into a killer pitch and hook.

Instead of performing the labors of Hercules before even attempting the torture of Step 5, reverse course.

Before you invest hours / days / weeks / months into research. Before you sweat bullets to put words on page after page.

Begin with the shortest and most important words.

The logline (or pitch, but in a sentence, not a paragraph) – “An alien monster stalks the trapped crew of a spaceship.” Optional second sentence: “Sigourney Weaver also does a short advertisement for Hanes.”

The tagline – “In space, nobody can hear you scream.”

Test that out, not with friends and family who are constrained by the need to live with you and be liked by you. Try a single sentence on people in line at Safeway or Starbucks, neighbors you barely know, visitors from out of town, tourists, people who won’t wound you forever if they make a face and tell you the idea is stupid.

And to get inspiration, use the series of tubes to check out “movie loglines” and “movie taglines” and “great headlines.” Or head to The Onion and read their headlines, which are seven separate flavors of awesomesauce.

Don’t do a thing until you have a logline, tagline and headline that sing.

Go do it. Throw ideas around on a piece of paper or whatever – and not about whatever you’re working on. Dream up a few crazy ideas and write down loglines, taglines and headlines that are shorter than short. Then kill every word you can to make them shorter.

Second, the villain matters a whole bunch. If you remove the villain and threat, it kills the logline / tagline / headline. Because stories – even newspaper stories – are about conflict. No villain, no conflict. But if you take out the hero, it usually makes the logline a lot shorter and a lot better.

Here’s another example I’ve used before and will use again, because it is short and sweet – and the logline for about six movies that have already been made: “Asteroid will destroy earth.”

See? We don’t need Bruce Willis and Ben Affleck-whatever (Matt Damon‘s buddy, the one who dates & marries Jennifers) in there at all. Heroes just clutter things up.

Third, shorter is better. If you can get it down to three or four words, you are golden.

A new way to write

Let’s get practical. Here’s a new way to write anything.

One sentence apiece, as few words as possible and, yes, it is cheating to have sentences that go on and on forever, sentences with six different commas and possibly semi-colons, which are a sin against the English language and should be taken out and shot.

New Step 2) Make it work as a paragraph.

Expand it a little, but not too much. Half a page.

New Step 3) Nail it as an outline on ONE PAGE, treating each side fairly.

Whether you’re writing an oped or an opera, a novel or a speech, figure out the biggest possible difference between the beginning and the end – and do it from both POVs. The villain / problem and the hero / solution.

So if it’s a romance where the heroine ends up as a great cook who’s happy and in a great relationship, what’s the greatest possible distance she can travel? On page 1, make her (a) the worst cook in the world, (b) unhappy and (c) alone. How can you take that up a notch? Make her a nun who’s loses her sense of smell (and therefore taste) in a car accident. You get the idea. Read this for what I’m talking about. The Red Pen of Doom whips SWITCH by Camryn Rhys

If the ending is happy, the beginning better be sad.

If the ending is sad, the beginning should be happy.

If the hero is a tough guy in the end, the best story shows him starting out weak. Only after he suffers and sacrifices and paints the fence FIVE THOUSAND HOURS does he become a tough guy and prevail. (The Karate Kid.)

And you’ve got to make it a fair fight. Nobody thinks they’re a villain. The other side – whether it’s an speech about taxes or The Empire Strikes Back – has a point. If you don’t give it credence, your writing will be one-sided and weak.

I used ALIEN before. What’s the story for the alien creatures? Maybe they’re a dying race. Maybe that crashed ship contains the last of their kind. The stakes just got a lot higher for the alien, right? You are our only hope, little face-hugger. Get in that ship and lay some eggs.

Put yourself in the shoes of Darth Vader and the Emperor, who don’t see themselves as enslaving the galaxy. They’re helping people by establishing law and order. If nobody is in charge, it’s chaos and confusion. A strong empire means safety, security and economic growth. The rebels are violent terrorists who don’t appreciate what they have and will kill whoever it takes to gain power.

Now figure out your turning points. Put in your setups and payoffs. Make it work as an outline before you move on.

New Step 4) Research only what you need.

New Step 5) Write and have a professional editor bleed red ink on the pages until the draft is A SHINY DIAMOND MADE OF WORDS.

You’ll notice what used to be an afterthought – step 5 in the original way of writing – becomes the first three steps.

I did that on purpose.

Say you write a beautiful op-ed, 700 magnificent words about why the death penalty should be abolished or whatever. Now you’ve got to pick up the phone and pitch an editor at The Willapa Valley Shopper or The New York Times.

The first five seconds (aside from the “hello” nonsense) will determine if they even look at the piece. Maybe six or seven words, if you talk fast. Part of that will be confidence, tone of voice and other things you can’t learn via a blog post.

Your logline / tagline / headline, though, will matter. A lot.

A great speaker with a muddled pitch will lose out to a mumbler with a tremendous idea they can convey in four words.

Hollywood calls this five-second kind of thing “the elevator pitch.” Websites abound that devote many, many words to it. Use the powers of the Google and check them out. They are useful.

Everything they taught us about stories was WRONG

Quirks and legs matter more than talent and perfection

How to write KILLER headlines and hooks

Evil storytelling tricks NO ONE SHOULD KNOW

Forget the Twitter: free ink and airtime are your MOST DANGEROUS WEAPONS

Guy Bergstrom won awards as a journalist before working as a speechwriter and cashing checks from The New York Times as about.com’s expert on public relations. He wrote a thriller (FREEDOM, ALASKA) that won some award and he’s represented by Jill Marr of the Dijkstra Literary Agency.

That Book You Want to Write, Your Middle Finger, and How to Make Them Both Happy 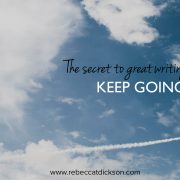 4 Money Mindset Tips to Help You Believe and Receive

Ten years later, it’s the same game for this celiac
Scroll to top