Then she said, “But I don’t want to tell the reader the guy’s an ex-con. I want her to figure it out.”

“Because I want to build suspense.”

“But why do you want to hold back that specific piece of information? How does doing that move your story forward? How will the reader figure it out?”

“Well, I hint at it in later chapters. . . I don’t know. I just don’t want to tell the reader everything. I mean, I work hard to come up with these stories. Shouldn’t they work hard to read?”

And there it is.

Writing a book – writing anything – is hard, hard work. We bust our asses to come up with the words, turns of phrase, eloquent transitions and killer hooks. Why shouldn’t readers work hard too? 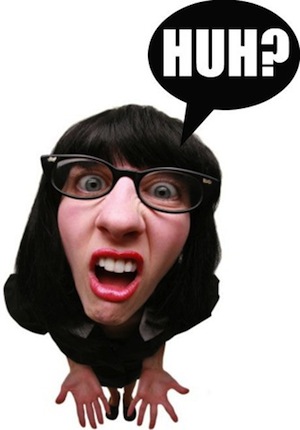 Well, because they won’t. It’s really that simple.

Instead, they’ll put your book down and grab something else that gives them the mental vacation they seek. Readers want to be swept away, lost in another world – entertained, goddammit.

If they read half of your book and don’t understand why Steve has to get to the top of the mountain . . .

Or why the doctor poisons his patient . . .

They aren’t going to stick around to figure it out.

You can argue the unfairness of it all day long. It won’t matter.

Writing that holds critical information back confuses the reader. Words that reveal more, paradoxically, also draw your reader in more.

Want to build suspense? Tell your reader and NOT your characters. Think about watching a scary movie. Are you yelling at the screen, “Don’t go in there!” when the actress is heading into the room with the psycho? Yeah. Because you already KNOW he’s in there.

So what’s the cure?

I often talk about writing as though you’re chatting with your best friend. When you do that, your words become more intimate and revealing, friendlier. You lose the stuffy bullshit and big words. You become more genuine – more you. You’re also more helpful.

We don’t use big words to impress our friends. We have casual conversations meant to communicate clearly. Your books should deliver their message the same way. Don’t make the reader guess.

Writing to a friend makes it about that friend, not about you as the author. The result is the reader is better able to follow your plot, understand your meaning and care about what you’re saying.

It’s our job as writers to show readers where we are going and why they should care. The easier your story is to understand, the more engaging and entertaining it becomes. And that is the point of telling the damn story.

Want tolearn more about writing like YOU? I’m polishing a new product that will teach you exactly that. Join our subscriber list (upper right-hand corner) to hear more about it and get a discount when it’s released. 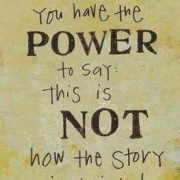 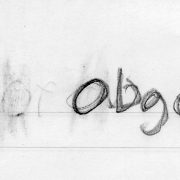 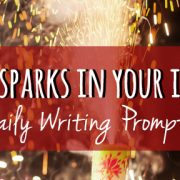 Where fear and procrastination come to die: Word Sparks is LIVE

Influence is an art

Train your brain to write better

On writing and courage :: Confessions of a Dirty Blonde

Writers, we are doing it BACKWARDS
Scroll to top