I don’t really think writers are lazy bums. I just want us all to talk about the elephant in the living room.

Why does writing TAKE SO LONG?

Quicker if I have coffee, a deadline and something to look forward to after. 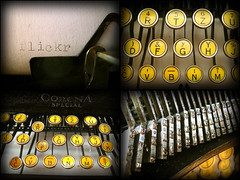 That’s a ton of words. An incredible amount.

Let’s do a little more math to see how much we should be cranking out, if we’re not surfing the net, Twittering our lives away and checking out Facebook photos all day.

Stephen King is a literary god, a living, walking, breathing Jedi master of storytelling. I bow down before him, though he should do more short stories and novellas like THE SHAWSHANK REDEMPTION (perfect!) than 1,000-page monstrosities that could’ve been 400-page works of art. Image via Wikipedia

It’s 40 keynote speeches or one entire novel. In a single week.

Nobody writes that much. NOBODY.

Not even Stephen King, back when he was fueled by industrial amounts of caffeine, nicotine and whatever else.

In fact, writers of all sorts are happy to produce between 500 and 2,000 good, usable words a day.

I know reporters who crank out two stories a day, five days a week.

Columnists who do one or two op-eds a week.

Speechwriters who take two weeks to write a 3,000-word keynote.

Before the invention of word processors, writing gods like Hemingway would pound on their Underwoods and count every word, quitting when they hit 500 or 1,000 a day.

Where are the missing 22,000 words? Why are we writers – reporters, novelists, poets, speechwriters – producing about 10 percent of what the math says?

Nobody writes that much.

Suspect No. 1: It’s not eight hours

This looks like the obvious culprit, because it’s the only person sneaking away from the crime scene with a guilty look and blood on the bottom of their shoes.

Reporters have to cover stories, get quotes from sources and meet with editors.

Novelists need to do research, talk to their agent, go on book tours and so forth.

Every writer, reporter and novelist has to do research and go to meetings. They’re not chained to the desk the entire workday, pounding on the keyboard like a typist. They need to eat of the food sometimes, and drink of the wine, and have a life.

HOWEVER, A lack of hours isn’t what’s wrong here.

Let’s say half the day is toast. Research. Meetings and phone calls. Email. Lunch with some big important person. Twittering to your buddies.

Fine, we’re down to four hours of banging on the keyboard.

Also, I know writers who spend four hours a day in meetings, doing research, returning email and all that – and they still bang on the keyboard eight hours a day because they’re working at least 12 hours per day. A lot of writers work weekends, too.

Yet 2,000 words per day is some kind of universal wall – for writers of all types. Reporters, novelists, screenwriters. Why?

Suspect No. 2: We type slower than narcoleptic turtles

This suspect doesn’t even get handcuffed and taken down to the station for a chat.

I used 50 words a minute because it’s the average typing speed. 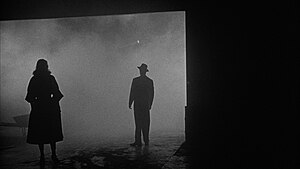 Miss Four Hours and Mr. Types Slowly hatching a scheme to do us in. Also, they smoke cigarettes and play with revolvers. Image via Wikipedia

Professional writers are typically faster than that, unless they’re hunting and pecking on an Underwood because that’s what they’ve always done since they first got published in 1926. There aren’t that many authors in that category.

If you dictate your stuff with Naturally Speaking or whatever, it’s more like 100 words a minute.

But let’s be generous again and pretend we all type really, really slow.

Even if we say Suspect No. 1 (Miss Four Hours) and Suspect No. 2 (Mr. Types Slowly) shacked up in a cheap motel and conspired to murder the creativity of all writers, it doesn’t get us down to 2,000 words a day.

Four hours at the keyboard at 25 words per minute is still 6,000 words a day.

We need a better theory of the crime.

Ah, this one is good. It’s lurking in the shadows.

How can you say that writing is shallow and easy?

How can you deny the art required, the creativity?

This isn’t an assembly line. It’s not a factory were we churn out widgets. We write original pieces, whether it’s a 500-word story for the newspaper or a 100,000-word novel.

Except I know better. Because I’ve been watching.

Going off my own experience wouldn’t be proof of squat. Maybe I’m an anomaly, or a nut. Maybe I type 80 words per minute (true) and write things damned fast (true) because I turn my brain off (true) and think research is for nancy-pants (not really true, but let’s go with it).

But I’ve been watching, and talking to, writers of all sorts. Reporters, speechwriters, novelists, you name it.

Most professional writers bang on the keyboard at least four hours a day, and they are definitely faster than 50 words a minute.

I know writers who put in 12 or 14 hour days. It’s not like these writers are staring into space half the time. They’re cranking out words.

Even going with four hours a day of actual writing, why doesn’t the average writer have more than 2,000 words before they hit the sack?

Suspect No. 4: We’re creating while destroying

This is our killer. I’ve seen him at work.

I’ve helped other writers catch the evil scumbag, convict him and send him upstate so he can’t do any more damage.

We are typing away on the keyboard, and we’re not doing it at 10 words per minute. We are writing fast. It’s just that we destroy those words just as fast.

Why do we writers destroy more than we create?

Not because the words aren’t pretty. Sentence by sentence, they’re fine.

It’s because the structure is wrong.

I’ve looked at bad drafts that hit the round-file. The sentences were pretty. It was the structure that failed.

We spend so much time trying to fix these things because nobody teaches us structure.

Oh, they taught me the inverted pyramid in journalism school, which is the best possible blueprint for a story if you want to give away the ending right away and put people in a coma the longer they read.

They teach us characterization and the three types of conflict in creative writing.

They teach logical fallacies and different types of arguments in speech and debate.

Yet that’s not really structure. It’s tiny bits and pieces.

They way most of us write is like trying to build a house one room at a time, without any blueprints.

Pour the foundation for the front door and foyer.

Frame it. Wire it for electricity. Drywall it. Paint it.

Now dig the foundation for the kitchen and build that.

Where should the living room go? Okay, we did that, but forgot to put in stairs to the second floor, so we’ve got to tear it all down and start over.

That’s how I used to write. It’s how most writers I know do it.

You start at the beginning and work your way through, trying to fix any problems with structure along the way.

But it’s no way to run a railroad. It’s building a house without blueprints.

I’ve had houses designed and built. If a contractor tried to build a house the way we writers work, it wouldn’t take six months to finish it. It’d take six years, or forever.

So this is our killer, our time-suck, our nemesis.

Question is, how do you DO structure – and how do we, as writers, learn to draw good blueprints, so we stop spending 80 percent of our time at the keyboard destroying what we created?

What you already have going on

Ten years later, it’s the same game for this celiac

What are you lying to yourself about?
Scroll to top