The first sentence of a book is like the air between mouths just before a first kiss. It’s a promise.

It fills you up, yet makes you want more. It’s the precise combination of slight humidity and warmth that takes your hand and invites you in for tea.

Readers open your book, glance at page one and decide if they want to read more. So how do you make them say yes?

The goal of that first sentence is not to entice someone to read your entire book. It’s to get them curious enough to read the next sentence. And the second sentence should make them want to read the third. The third should lead them to the fourth. (You get the idea.)

Some of the best first lines ever written do exactly that.

It was a bright cold day in April, and the clocks were striking thirteen. —George Orwell, 1984

You don’t know about me without you have read a book by the name of The Adventures of Tom Sawyer; but that ain’t no matter. – Mark Twain, Adventures of Huckleberry Finn

Whether I shall turn out to be the hero of my own life, or whether that station will be held by anybody else, these pages must show. – Charles Dickens, David Copperfield

The only thing particularly interesting about a first sentence is that it has the distinction of being first. So, yeah, it’s important in that it should bring intrigue. But don’t put too much pressure on yourself. Just write it so your reader wants to know what happens next. (Because why read on if the sentence goes nowhere?)

Make it interesting. Lure your reader to ogle the sentence being pulled behind the first. Spill details so that your reader starts asking questions. Make her wonder what happens next. And then tell her.

Withholding information is the single biggest mistake most writers make. It leaves the reader confused and aggravated – and then she stops reading. Give her the information, gently, in bite-size chunks. Never all at once.

The best books make us feel as though we’re walking into a story already underway. In just a few lines, we understand these characters have a believable, tangible past and we are now catching up to what will be the most interesting part of their lives.

This is the saddest story I have ever heard. – Ford Madox Ford, The Good Soldier

If you really want to hear about it, the first thing you’ll probably want to know is where I was born, and what my lousy childhood was like, and how my parents were occupied and all before they had me, and all that David Copperfield kind of crap, but I don’t feel like going into it, if you want to know the truth. —J. D. Salinger, The Catcher in the Rye

Through the fence, between the curling flower spaces, I could see them hitting. —William Faulkner, The Sound and the Fury

Keep it simple. But make us want more.

What are some of your favorite first lines? Leave ’em in the comments.

P.S. Since this post went out (about 15 minutes ago), my email has blown up with first lines from YOUR work. If you want me to take a look – and I am happy to – leave those in the comments as well. We can learn from each other.

Want tolearn more about writing like YOU? I’m polishing a new product that will teach you exactly that. Join our subscriber list (upper right-hand corner) to hear more about it and get a discount when it’s released. 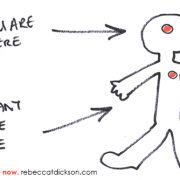 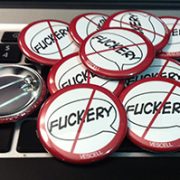 Cut It Out: Self-Editing Basics