Like a seed, a book idea begins small. So very small. Maybe it is a flash of an image, or maybe it is a question that needs to be answered. Whatever the case, it grows and grows until finally a novel emerges fully grown.

Yes, I consider writing and creating a very organic experience. And when I am done with a book, I’m happy to have one “tree.”

So I can’t help wondering why do so many writers today want to grow a forest?

Book One: By chance or fate the heroes meet

It was last year that I began really reaching out to other writers on Twitter. The thing that surprised me the most (besides the sheer number of all of us), is how many are focused on writing a series.

Paranormal, scifi, fantasy, mystery, thriller, horror, romance (the innocent to the definitely NOT innocent at all), historical fiction, adventure, etc., some are even a combination of genres; but whatever the case they are never a solo book. Traditionally published, indie published, to self-published, everyone seems to be on the series train.

In many ways the idea of creating a series as a serious concept in literature is a new idea.

Oh, it was out there, but it was never really part of the “mainstream” of literature. It began in the world of “pulp” fiction, not something for the serious writer. Heck, Jane Austen even mocked pulp/series writers in her book Northanger Abbey; which says a lot about how writers at her time viewed their brethren who considered that avenue.

So while you would have a mystery series (Sherlock Holmes), or comedy, (P.G. Wodehouse), or children’s literature (Tom Swift), they were just never considered as serious as the other writers… or even really financially more successful. How do I know this? Well, Charles Dickens never wrote a series.

See, I love Charles Dickens’ work and respect him a great deal, but the man liked to make money (coming from a background of a father with bad financial decisions, hard labor, and poverty).  If he saw the financial gain in writing a series I am certain we would have had such titles as Greater Expectations, David Copperfield, Jr., Bigger Dorrit, A Tale of Three Cities, and The Less Bleak House.

I know I am speaking in very broad strokes here, covering hundreds of years, but even over the last century there was a line in science fiction books between the pulp books of a series and the more serious science fiction of Ray Bradbury and Arthur C. Clark. Kurt Vonnegut even famously mocked that kind of writing and writer with his character Kilgore Trout.

Yes, I know there are loopholes in this argument covering each of the decades (like I said broad strokes), but this perception was pretty prevalent up until recently, which makes me wonder what has changed?

I think what has changed is the idea of making more money.

It would be easy to blame J.K. Rowling and Harry Potter.  Nah, I blame business people.

One of the things you learn when you study query letters and book marketing is you need to convince the money people of the financial capability of a work. “If that book, which is kind of like mine, made this amount of money, mine can make that too.” It gives someone the chance to speculate on the possibility of success as compared to just trusting to luck and the hope an audience will find a work. And for a business person, the idea of keeping the door open, as compared to slamming it shut with the closing of each book cover… well… it makes sense, right?

But here is the thing that gets me, why do so many of us writers come along for this train ride? Jumping on this train before even the business world becomes involved in their creation, or even if they were planning to self-publish? What are they seeing that I don’t?

Book Two: Oh no! Something happened to one of us! Are we still determined to succeed?

Writing a book is not easy. It’s a hard task to do it right. Planning, outlining, writing, creating dialogue. The first draft is the fun part; then the work arrives with the other drafts as the work is fine-tuned over time into something that can be read by an audience without them losing their “suspension of disbelief.”

Do new writers know how many hours and stress they will undertake as they begin their very first draft?

But then when you add in the idea of it being a series…. It is, in my opinion, the equivalent of a sculptor saying, “Yea, I can make a little statue for your garden, but I would rather start with the Lincoln Memorial. Bring in the marble.”

Why is a series harder to write?

That is actually an easy question to answer and we can all do it. How? Well, tell me how many successful ones have you read from beginning to end?

You see what I mean.

Each series has its own pitfalls and train wrecks while working towards the end, and sadly it is so much easier to list the problems in one as compared to the successes. From the fourth book of A Song of Ice and Fire by George R.R. Martin to the lousy ending of Lemony Snicket’s A Series of Unfortunate Events to the philosophical mess of Philip Pullman’s His Dark Materials (seriously, I still am uncertain what happened at the end), we can all point to the highs and lows in a series and that is so much easier to do than in a single, complete book.

And on and on… These are unique discussions for a series, and in taking on a series a writer’s creation is open to those kind of questions.

The biggest problem in my opinion for taking on a series is the first book. Yowza.  There is so much responsibility on the shoulders of that first book, and with one misstep it possibly can derail the entire project before it even begins.

I’ve noticed two prevalent mistakes that occur often in the first book in a series.

And those are just the two obivous ones, and when I find a book that has both of those I walk away typically feeling exhausted; not excited to read a second or third book. Honestly, I can’t believe I am the only reader that can feel that way after reading a first book. Which makes me wonder…

What happens to the rest of the book series when the first book doesn’t sell?

Is it like a movie where the other films are just not made at all?

Does the writer lose the inspiration that drove them to write that first book in the first place? And what if it is self-published?

I can’t help but imagine a battlefield riddled with the remains of first books (injured detectives waiting for their next case; lost children, crying waiting to continue their quest; young women looking through the foxholes trying to find their missing love, etc.) with no second or third book around to administer the much needed aid.

Book Three: We win, but not in the way we were expecting!

When I start a new novel, I like to see all possibilities.

As an author, I fill up notepads with characters, dialogue, plots. if you were interested I could tell you everything that happened to the characters before the book began and what would happen afterwards. It adds a necessary part of realism for me.

It’s not a sequel or prequel thing. No, not at all! See, it’s just part of my personal “buy-in” to the project and the world.

Do you want an example?

I wrote an experimental Victorian mystery named Maximilian Standforth and the Case of the Dangerous Dare. In the book, I claim it is the fifth book in a series. Now get this, in the introduction of the book, I walk the audience through the plots of the previous books. Books, let me remind you, that were never written. Ha! I love that. See, the point I am trying to make is I could have done the other books, I just chose not to.

But this practice is not unique to that book or even to me.

Yes, seeing outside one’s plot is not a new thing. Remember Charles Dickens? Well, in A Tale of Two Cities everyone remembers, “It is a far, far better thing that I do, than I have ever done before…” But do you remember all that bit before it?

Sydney Carton walks the reader through everything that happens after the book ends. He tells you about the villains, the heroes, the countries, and even how he is viewed by them. There is your sequel right there, all tied up in a few paragraphs!

Charles Dickens could have done, he just decided not to.

The Lord of the Rings was not supposed to be a trilogy. It was one book when J.R.R Tolkien completed it, but it was the publisher that split it up into three, even naming the different books without Tolkien’s involvement. If I was to write a series, I would take him as the model (but I would want to name my own books though).

I think, overall, I am not trying to argue anyone away from chasing their dreams, I just want my fellow writers to stop and consider the challenges in front of them when they take on the enterprise. Honestly, writing a series is probably the greatest and most difficult undertaking in our artform.

Seriously, it is okay to grow a single tree out of the seed.

5 habits that made me successful 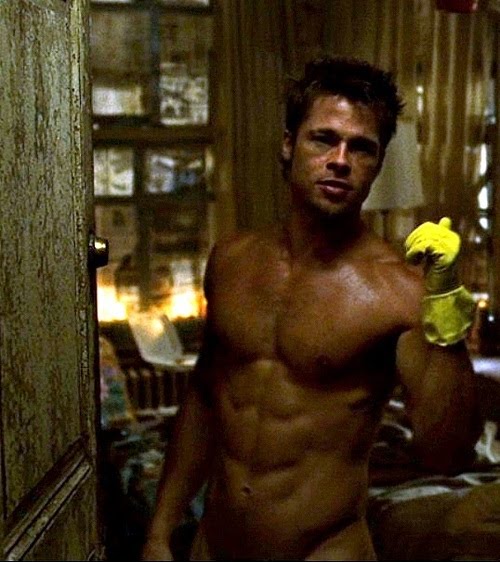 Fight Club Syndrome – When Writing a Book Blows Up Your World

Redefining Writing Success: Learning to Fly in Today’s Congested Writing ... Write the Way You Want to Write
Scroll to top