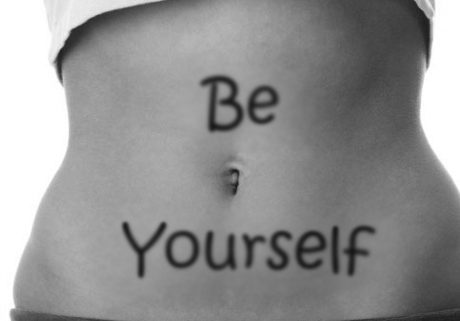 The world would be a much nicer place if people didn’t steal other people’s shit. But that’s not the world we live in.

Today, we’re talking about what to do when someone else’s awesome idea sparks your own “F*ck Yeah” moment. i.e. How to NOT rip people off.

I started blogging under a pseudonym in 2008. Three years later, I stopped writing fiction and launched this site for writers, showing my face and name. I had plenty of inspiration: Danielle LaPorte, Ash Ambirge, Erika Napoletano – strong women who know who they are and what they represent. I wanted to be like them. I wanted to launch a business that showed people it’s okay to be exactly who you are.

I’m a writer. Naturally, this meant working to help writers unleash the beast. Helping them get out of their own way to just write whatever is rattling around in their heads.

My journey began with Danielle LaPorte’s Fire Starter Sessions, the kick in the ass I needed to DO something.

Then I found Ash Ambirge, who makes my brand of irreverence look like milk and cookies. By the way, she can – because she’s a marketing guru and a freaking copywriting genius.

Erika Napoletano taught me how to truly be myself, how to settle into my own skin and feel damn good about it. The sassy biz maven leads by example. I love her no-bullshit approach. I aspire to her level of professionalism and balls-to-the-wall we’re doing this now, no fucking excuses mantra.

I adopted pieces of each of these women in my own business. I didn’t take their words or their personas. I stayed true to who I am. But I got ballsy by watching them rock out in the interwebz.

Which brings me to today’s topic: It’s inevitable that we learn things from other people in our industry. What’s important is that we use those things to launch our next big (original) thing without stealing someone else’s hard work.

* One of my favorite go-to lines when I coach writers is, “We’re not curing cancer.” It means, “Hey, chill. No one is going to die if you write a sentence you don’t like. Just start. We’ll work it out.” I picked it up from a friend of mine in the dog show world (of all places). He knows I use it. He thinks it’s great.

I expect other writing coaches to tell their clients to chill. We each have our own way of talking people off the ledge – and writers often need to be talked off the ledge. But it’s not cool if they adopt “We’re not curing cancer” as their tagline.

* Most writing coaches talk about fear – a lot. Fear, after all, is what holds writers back. It has to be tackled immediately and aggressively. I’ve read millions of posts about the topic, and about how people approach it in varying industries. But I created my own way of addressing it with clients, a portion of which follows:

“It’s okay to be you. Because you are awesome. Your message is important. No one can share it the way you can.” And “You have to show people who you are and why they should care. Otherwise, you’re just one of a billion or so writers without a message that stands out. Rather than the author who throws her guts on the page and makes her words sing.” (Page 23 of THE Guide)

Feel the fear and do it anyway.

My point is the universe has thousands upon thousands of books chock-full of writing advice. Chances are excellent that many writing coaches use the same ideas and principles to help their clients. It’s okay to pickup a concept you believe in and morph it into something tangible for your business. It’s not okay to take someone else’s ideas and represent them as your own.

And if, by chance, someone does approach you about material they feel infringes on their copyright, your best response would NOT be to block them on social media and unsubscribe them from your email list.

A goal without a plan is just a wish. Let’s write. 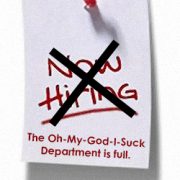 Why are writers such lazy bums?

For f*ck’s sake. A rant and an excerpt.

How to get your writing unstuck NOW

YOU are the story. Write now.
Scroll to top