Dear Coaches: A heavy purse makes for a light heart…

Join this mastermind, and I’ll turn your purse into a motherfucking BRICK. 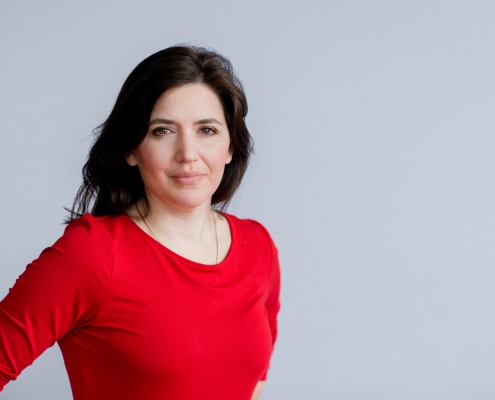 You’re here to make waves. Make shit happen. Make a mess. And then make a massive pile of money.

So why aren’t you?

Everything you dream about can be yours. But first you have to get off your ass, out of your comfort zone and into reality.

THAT is where we ask for help, quit winging it, get stupid serious about
doing the things necessary to get there, and celebrating the shit out of our grit.

Because unless you DO what you know you must? You’ll stay right where you are.

Let’s get one thing clear: Money is not icky, shitty, gross, dishonorable, dirty, filthy, foul or otherwise blasphemous. Not even on Sundays.

Money is actually a radically red hot, beautiful fucking way to do gorgeous things in this world – whether that means getting paid BIG for your coaching genius (and I mean big, not paltry unsalted peanuts), having an abundance of wild child free time to go play in the sun whenever you feel like it, being in a position to actually be generous with your time (imagine that? free time!), or finally relieving your brain from the blinking red danger light that’s constantly flashing, “EMERGENCY!” in capital letters, over and over again.

So, what’s the problem? Why is getting money giving you a run for yours?

That isn’t to sound dismissive, arrogant, smug, haughty or scornful – it’s because it’s the goddamn truth.

As an up-and-coming coach, you may have found yourself thinking any one of the following thoughts:

“I’m not an internet celebrity.”

“Maybe I should be charging less?”

Here’s a giant, loving slap in the ass of a newsflash: That is NOT the problem. In fact, you most likely should be charging way, way more. (And I’ll prove it to you inside the mastermind you haven’t heard of, which’ll be the last one you’ll ever need.)

Introducing Money & Mindset Mastery: The #1 Mastermind for Coaches Who Want to Go from Meager to Motherf*cker – FAST.

…If you’re struggling to make ends meet. (In fact, they’re so far from meeting, one is in China and the other one is up your ass.)

…If you’re bags-under-eyes exhausted from barely scraping by.

…If you have a business set up, but it feels like you didn’t do even a single fucking thing right.

…If you keep attracting clients you don’t actually want (or none at all, imagine that).

Then you should sit up, look alive, and read every single word I’m about to say.

Rule #1: As a coach, there’s absolutely, unequivocally, no reason why you shouldn’t be making at least $10K a month…barenaked minimum.

How do I know? Because I’ve been a successful-as-fuck professional coach for quite some time now, but in the beginning, I was just like you. 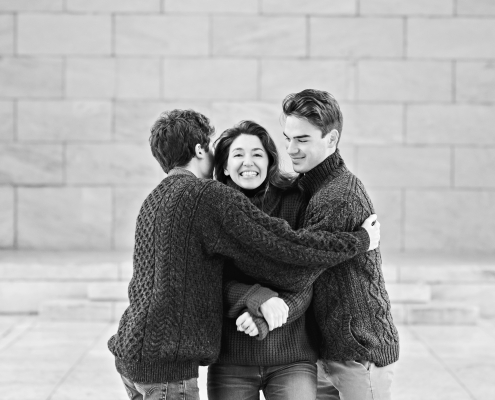 I wasn’t sure what kinds of fees people might be willing or able to pay, and I wasn’t willing to risk sabotaging and setting fire to everything I’d already worked hard for in order to try and figure it out. I assumed that asking for what felt fair and reasonable felt, well, fair and reasonable. So how could I charge more?

Well, I quickly realized that running a business meant something really, really, really fucking important: I had to actually run it.  Turns out, I couldn’t just sit around waiting for inquiries and phone calls hand-delivered from the heavens. I couldn’t just cross my fingers to success. I couldn’t just decide to call myself a coach, and then throw in the towel when no one immediately recognized my brilliance.

(Come on, how many of you have kind of expected it to work this way?)

I had to go balls-deep. Having a business requires money, and if I wanted money, I had to stand the hell up and TAKE IT. So that’s precisely what I decided to learn how to do. Now, I don’t ask for money – I demand it. Because people give it to me, and freely.

And they’ll give it to you, too. Once you learn the secret behind getting them to do just that…without ever having to be a begging little bitch walking around in Payless pumps. And that’s a blood pact.

Rule #2: You’re going to make at least $10K monthly by doing a number of things you’ve never even thought of.

Will I share stuff in this mastermind about traditional business building, à la Twitter, email marketing, copywriting? Yeah. That stuff is crucial. But is it what makes this mastermind, in particular, THE ONE that’s finally going to actually get you some of that titillating traction? Hell nah.

How to present yourself in a way that’s attractive, in a way that demands money, and in a way that actually GETS IT. Metric shit tons of it. Enough of it that you can afford to eat perfectly-cooked steak off of someone else’s perfectly-sculpted abs. Or ass. You pick.

Rule #3: You don’t have to spend the next year, two years, three years scraping by and trying to “make it work.” Nor should you. Scraping by is for pussies.

In this case, you’re looking to make a deal with me: I’ll teach you everything I know (which has earned me over $225,000 a month and taken me years of hard work, major asshole mistakes and lots of my own money to learn), and in exchange, you’ll pay me to drastically reduce the learning curve – during which you’ll learn everything I know in record time, making us both better for the transaction in the end. (In the biz, this is what they call a win-win. Or quite possibly a whiskey-worthy love affair.)

Pay money now to make significantly more money later. It’s why you’re building one hellcat of a website. It’s why you’ve watched all those fucking videos on loop. It’s why you’ve done nearly anything for your business to date. (Maybe even gone on a horseshit date or two, y’know, in the grand name of “networking.”) Because you believe that success, money, profits (and enough money to wax your cooter every other week) will be waiting on the other side.

Good news: It is.

Especially the bit about your cooter.

We run year-round. Yep, we’re together for 12 whole months.

You’ll get one-on-one office hours with me, personally, so you’ll never feel lost in the shitstorm of business – never once.

Every day you’ll have the option to discuss that week’s training session & how it applies to your business with your Money & Mindset Mastery cohorts in a private Facebook group, where you can powwow, compare notes, figure out new strategies, and get hoards of support when you need it most. Because doing it alone is not a strategy – it’s a dumbass rookie mistake.

With me, all skirts and all bets are officially off, starting right now, right on the money. Literally. We’re going to do this coaching business of yours, and we’re going to do this the way it’s supposed to be done. Because I don’t have time for pussyfooting, and neither do you.

Because when you’re doing real business, there is no other way. Not when it’s very possible to do great fucking work AND make a great fucking living.

Except as a student of mine, you won’t just make a good living. You’ll make people tit-dripping-jealous with your living. And I refuse to apologize for any of it. Not even the word “tit.”

I created this mastermind – and, frankly, everything I do – because I know that money is sexy as hell BUT money alone cannot buy the same kind of fire that comes when you’re on a mutual mission with other people who give every single last and lasting fuck.

It’s that rare combination of sharp money-making expertise, paired with the invigorating, unparalleled dynamics of the group setting, that make this mastermind one for the books.

…Your accountant’s, that is. You’ll be needing one once you see the kind of money you’ll make from joining us. Better call somebody.

Which is fucking beautiful because when you have plenty of money, you’re able to show up in this world like the person you really want to. And there’s nothing that should ever stop you from doing that.

After all, it could be the difference between “getting by” and getting rich as fuck.

So my only question to you now is: Which will you choose?

The decision is yours. But you know what I would pick.

Scroll down to apply.

Unlimited access to Becky via Voxer, and a private 1:1 call each month. Ask any questions, any time. Build the business you say you want so badly.

Access to our private community of high-achieving women entrepreneurs striving to be their best.

Build relationships with members and create partnerships to bring your business to the next level.

We don’t believe in get rich programs. We believe in hard work, adding value and serving others.

Our programs are intended to help you share your message with a larger audience and to make a difference in the world, while growing your business. As stipulated by law, we cannot and do not make any guarantees about your ability to get results or earn any money with our ideas, information, tools or strategies.

After all, it takes hard work to succeed at anything in life. Your results are up to you and the amount of effort and resources you are willing to put into succeeding.

We just want to help by giving great content, direction and strategies that move you forward.

Nothing on this page or any of our websites is a promise or guarantee of results or future earnings, and we do not offer any legal, medical, tax or other professional advice.

Any financial numbers referenced here, or on any of our sites, are simply estimates or projections, and should not be considered exact, actual or as a promise of potential earnings.

All numbers are illustrative only.

In fact, the average person who purchases this and other programs never puts the work into implementing the strategies taught and therefore achieves little to no results.

Transparency is important and we hold ourselves (and you) to a high standard of integrity. Thank you.